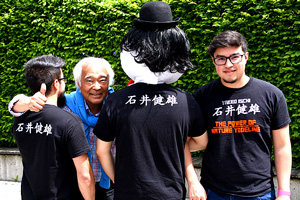 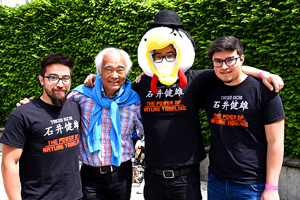 Belbird Ltd., since its founding has been Japan`s most important supplier of small incubators coming from other countries. This CD was meant to celebrate the role of the incubator, both for the food industry and for hobbyists and academics trying to preserve rare bird species in the face of possible extinction. Belbird Ltd. hopes this CD will raise awareness of the incubator and the very important role that it plays behind the scenes. It was for this purpose, that the song, „The Chicken And The Egg“, was commissioned. 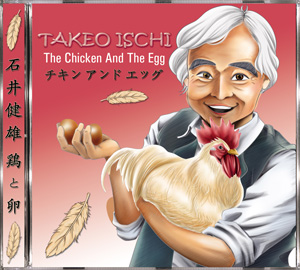 Takeo Ischi featured as guest artist on the Gregory Brothers‘ project, „Song Voyage“ in autumn 2015. He travelled to Tokyo especially to film the episode. The end of January 2017 saw the clip, „Chicken Attack“ and the episode belonging to it published on YouTube. The clip was immensely popular and received millions of views in the shortest time.

The 32 songs on the double-cd include many further highlights with his mega-hit „New Bibi-Hendl“. Takeo sings and yodels two classics by yodelling legend Franzl Lang in a contemporary new recording and he offers amazing yodelling versions of „Biene Maja“ and the world-famous „Turkish March“ by Wolfgang Amadeus Mozart. 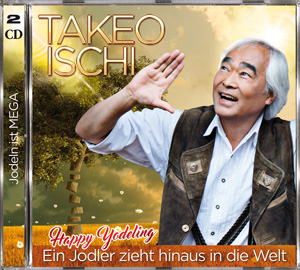 Save yourself the exclusive Wintergarten Edition!